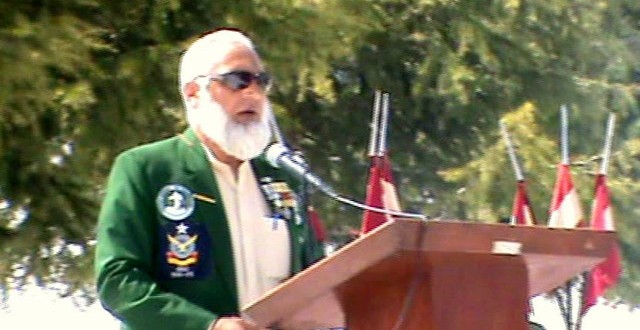 The ski school that defied the Taliban

Two years ago, the BBC reported on one man’s attempt to revive Pakistan’s only civilian ski school after it was destroyed by the Taliban. Dozens of readers and listeners wanted to help, and the school has now been handed more than a tonne of equipment.

When the Pakistani army drove the Taliban out of the Swat valley in 2009 Matee Ullah Khan was determined to rebuild the ski school and give children a chance to have fun.

“I wanted to do something to contribute to peace and harmony here so we had a small skiing competition,” he says.

“Very few people came but I saw, for the first time, cheerful expressions on the faces of the children.”

The school only had a handful of skis and two or three pairs of poles. Most children were learning on planks of wood with a pair of old shoes nailed into place – their poles were cut from the trees.

Swat, a majestic valley close to the Afghan border, flowing with crystal clear rivers and flanked by snow-capped peaks, had been under Taliban control for two years.

“The security situation was terrible under the militants, everyone was living in fear,” says Khan, a silver-bearded former pilot.

“We were completely cut off. We saw many schools destroyed, there was no life for the children, they couldn’t even go out and play or live normally.”

He saw skiing as an ideal therapy for the children who had lived through this period.

“There are certain sports that make you brave. The thrill of coming downhill at high speeds makes you joyful, but it also makes you bold, it gives you courage. It gives you vigour to go forward and do other things in your life too,” he says.

People in France, Canada, the US, Norway, Britain and Austria, contacted the BBC in the wake of the original report in 2013. They asked to be put in touch with Khan, offering to send equipment.

“But it was very difficult – there were the costs of transportation, customs duties to pay, the logistics were a problem and we had no money for all the taxes,” he says.

One man from Switzerland, however, persisted. Marc Freudweiler of Villars eventually got through the bureaucratic slalom course and logistical whiteout and sent the school what it needed.

Freudweiler felt an affinity with Khan – his wife Tania is from Karachi and their three children are half Pakistani.

He appealed to his local ski club for help, and was overwhelmed by donations. “When they read the article, it struck a chord which resonated,” he says.

Having collected almost two tonnes of equipment, the challenge was to transport it safely all the way to Swat. No easy task given the cost of shipping, the red tape at customs, not to mention the continuing security concerns in northern Pakistan.

Eventually Pakistani officials suggested the only sure way to get the kit to Malam Jabba was to enlist the help of the Ski Federation of Pakistan – an organisation founded by the Pakistani air force.

Freudweiler reluctantly agreed to accept their help in exchange for some skis. Khan says: “I agreed to it because if they also use the equipment for the promotion of the sport then we are working for the same cause.”

Freudweiler’s obsessive determination to help Khan has finally paid off – after a two-year struggle, the skis eventually arrived about a week ago.

“When we unpacked all this equipment we were so joyful. My students were so happy. All different sizes of skis, snowboards, poles, ski shoes, warm clothing and helmets – each and everything properly packed and in good condition – it was like a dream come true,” says Khan.

Freudweiler agrees that skiing is good for children. “It teaches them discipline and respect,” he says. “It keeps them on the right track and teaches them skills for later on.”

The children of Swat need to be brave – this is a generation that’s been deliberately targeted by militants who have shot pupils at their desks.

I’ve often asked Khan if he’s worried about more attacks. “Everyone feels fear. Anything could happen at anytime, anywhere,” he says. “But this is how things are, this is our country, our area, we have to live here and we have to do what we can to contribute to building peace. But things are improving now.”

Freudweiler says he’s happy to have been able to offer a little help. “What Matee Ullah is doing is absolutely admirable and it’s that kind of beacon in those regions which are needed everywhere.”

The two men have become close friends and are already discussing future projects – Khan is keen to get a ski lift and equipment to prepare the slopes for skiers. He’s also wondering if the Swiss can offer advice on how to rebuild the Swat Valley’s tourist industry.

Khan’s students should be warned though, now they have the proper kit they can expect their lessons to get a lot tougher, “Now we want some champions!” he says.